Our Mission Goals History Our Spokespeople Our Team Awards and tributes

GRIS-Montréal, which stands for Research and Social Intervention Group, is a non-profit community organization that demystifies sexual orientation and gender identity by sharing testimonies of lived experiences. We are a family of more than 250 volunteers working tirelessly to build a more open and accepting society.

Founded in 1994, GRIS-Montréal is a non-profit community organization. Its mission is to ensure a better awareness of the diversity of sexual orientations and gender identities, and to improve the integration of LGBT+ people into society.

Since the values of our youths are being shaped in school, and that sometimes, unfortunately, ignorance can replace understanding, we have chosen to focus our demystification efforts in schools. We work primarily in high schools and CEGEPs in the greater Montréal area, but we have also adapted our interventions for 3rd cycle primary students.

Demystify the diversity of sexual orientations and gender identities into society.

Also, each of the GRIS-Montréal demystification workshops offered in schools targets these more specific objectives:

Developing self-esteem in youth who are questioning or in the process of affirming their identity and encouraging a positive attitude amongst those around them.

Developing an ability to demystify in order to interact with the outside world.

• Passing on an education process to professionals (particularly with those who work in a school setting) who have a theoretical understanding of sexual orientations and gender identities in order for them to develop new approach and workshop skills with youth and with the general population.

In 1987, a community organization composed of young gays and lesbians was created. Within its first year, Jeunesse Lambda identified an important need for reliable information among 13 to 16-year-olds questioning their sexual orientation. To respond to this need, the Social Intervention Committee (CIS), initiated an intervention project offered in vocational and social training classes. These interventions were delivered through the personal testimonies of facilitators.

These intervention opportunities were then used to collect statistical data concerning the perception of homosexuality. This data was collected using a questionnaire that participants were asked to fill during workshops 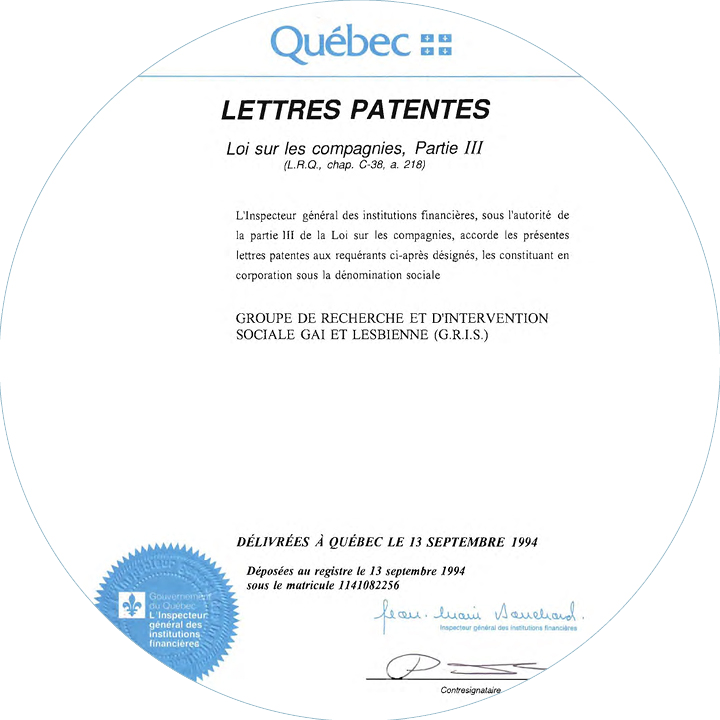 Over the years, the organization has been involved in different courses at different levels of schooling and in a growing number of institutions, which are not limited to the academic environment. 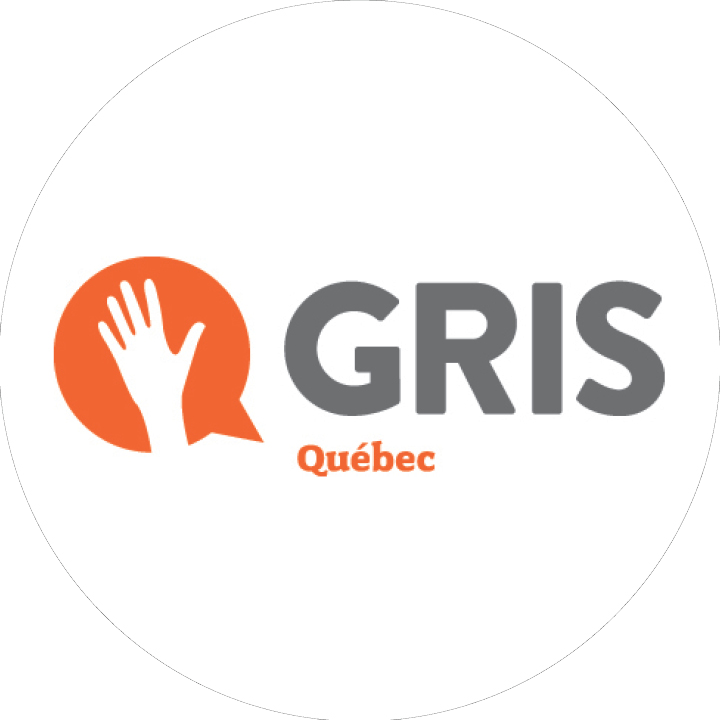 Given the increased demand and urgent needs, a team is set up in Quebec City by parents who have a homosexual child.

They form a team called the Regional Group of Social Intervention. The first GRIS outside the metropolis sees the day. 50 school interventions are carried out from the first year. 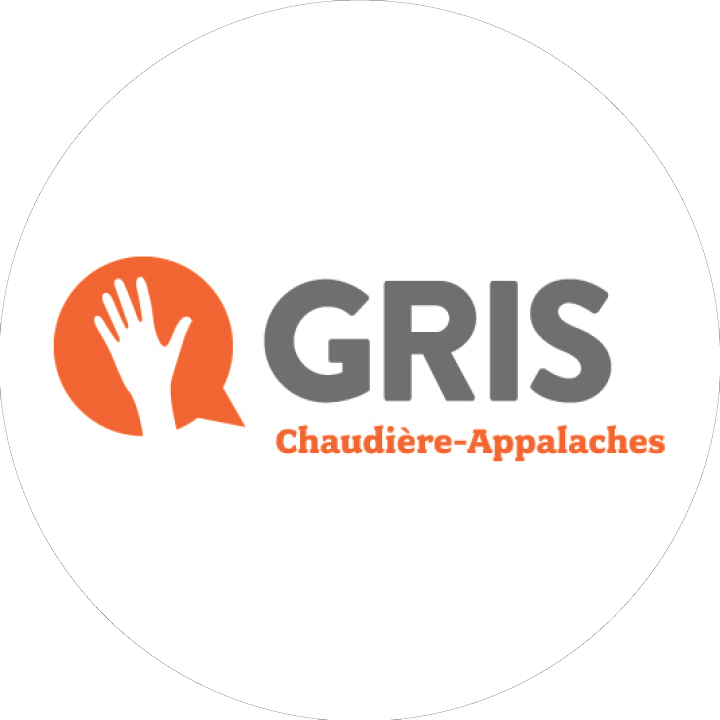 The Chaudière-Appalaches region joins the Quebec team set up two years earlier to raise awareness of homosexuality among young people.

A third GRIS was born: the GRIS Chaudière-Appalaches. 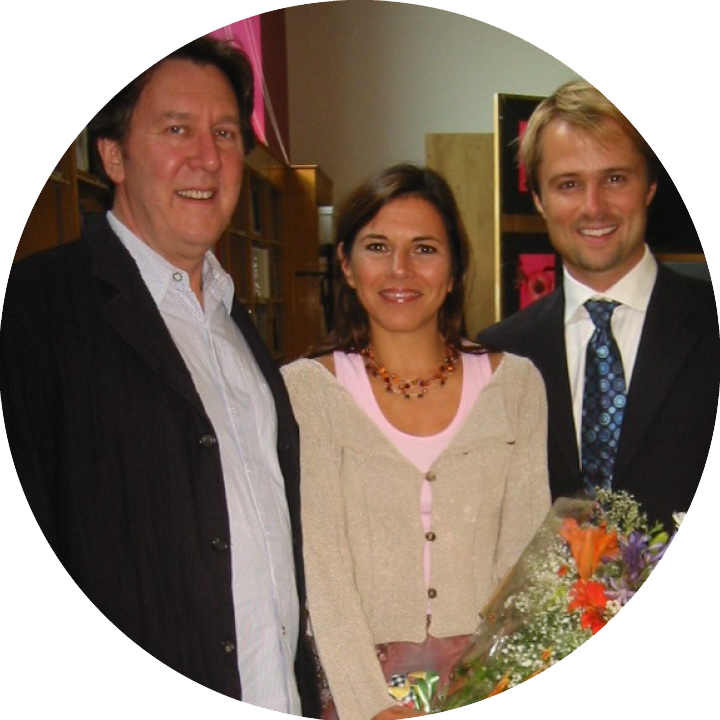 GRIS welcomes its first spokespersons: Mireille Deyglun and Gilles Renaud. They start the very first annual fundraising campaign and will brilliantly represent GRIS on all stands for four years. 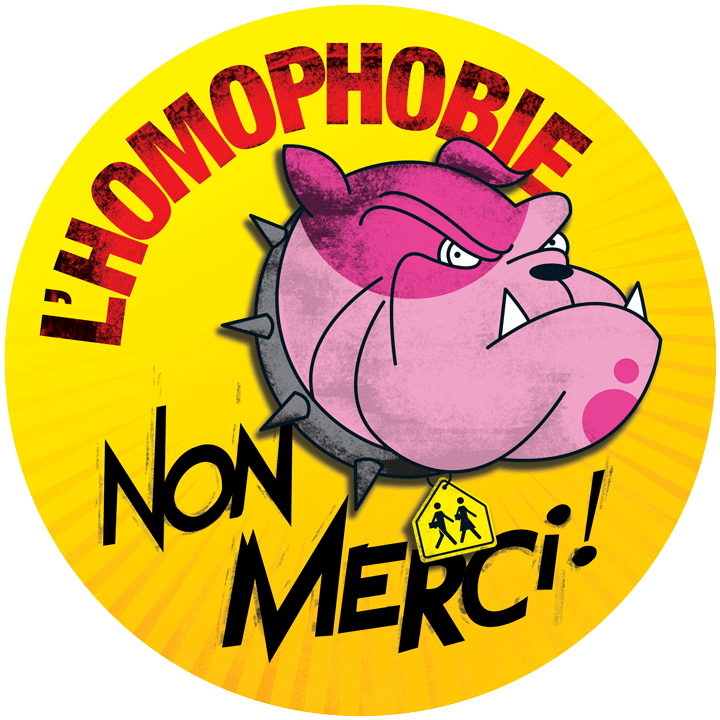 More than 100,000 young people have been met by GRIS-Montréal volunteers since its inception.

From the first year, the organization carries out 21 interventions in the primary schools, 18 in the cultural communities and 16 in the anglophone clientele. 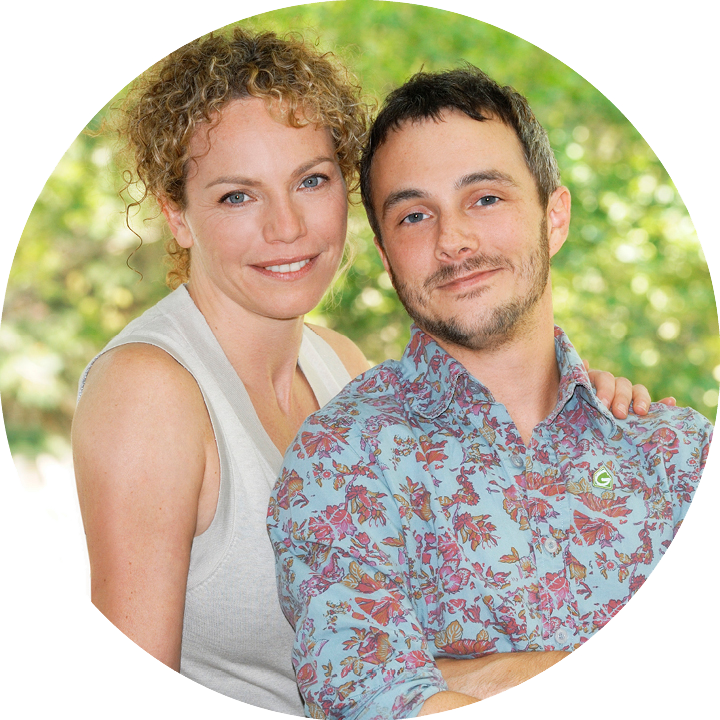 The actors Macha Limonchik and Vincent Bolduc became the new spokespersons of the organization, succeeding Mireille Deyglun and Gilles Renaud.

So far, they continue to fulfill their roles with brio and generosity, not missing a single opportunity to talk about GRIS.

At the same time, a third GRIS was officially opened in Mauricie / Center-du-Québec.

After a long process of reflection and a general consultation of GRIS members, the organization adds the demystification of bisexuality to its mission.

Bisexual caregivers are trained to be gay and lesbian volunteers. 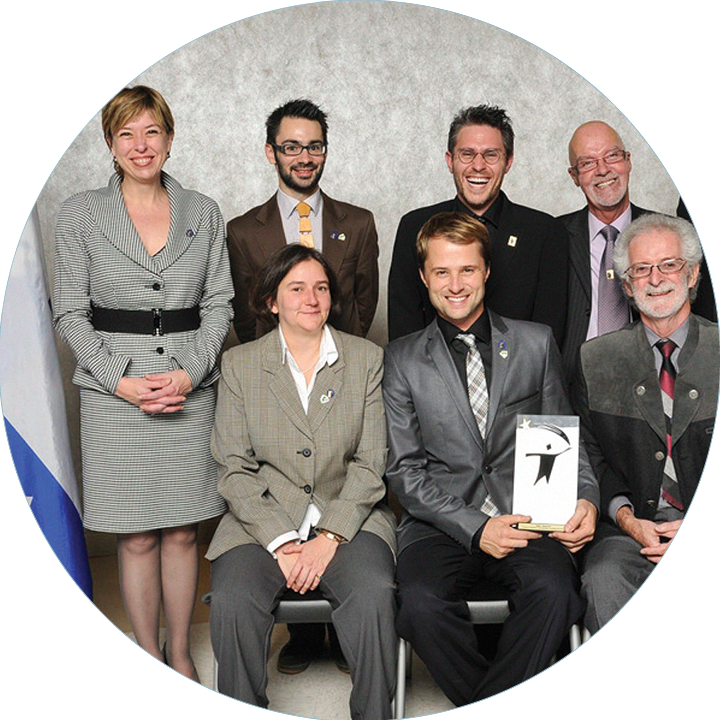 The education and health communities applaud the work of GRIS with two high distinctions.

The Department of Health and Social Services awards the organization with the prestigious “Prevention, Promotion and Protection of Health and Welfare” Award of Excellence and the Alliance of Professors of Montreal, the Prix Léo-Guindon. 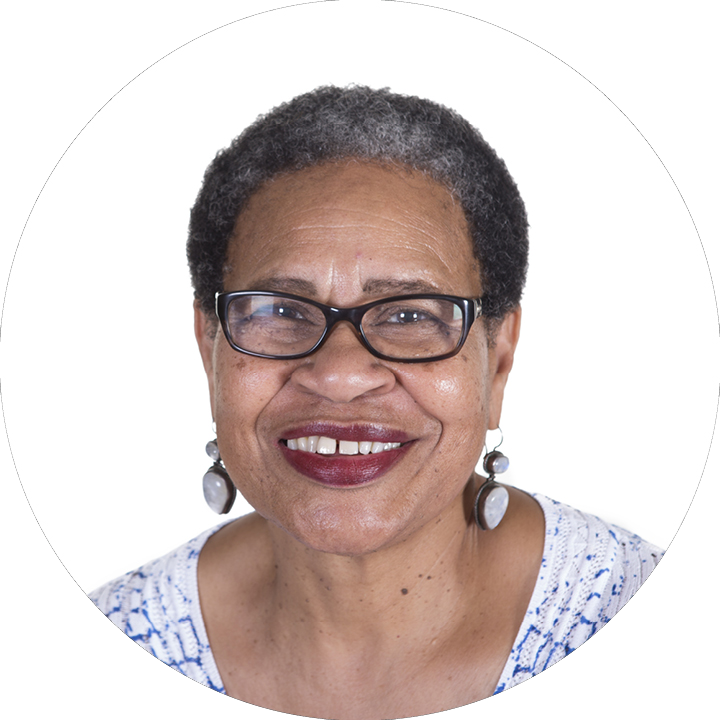 Aware of the isolation suffered by LGB seniors, GRIS is conducting a one-year pilot project to adapt its intervention format to the living environment for the elderly. One year later, with the support of key partners, GRIS officially extended its interventions to this new clientele.

From the first year, a hundred people are met. At the same time, the fifth GRIS was born: GRIS-Estrie. 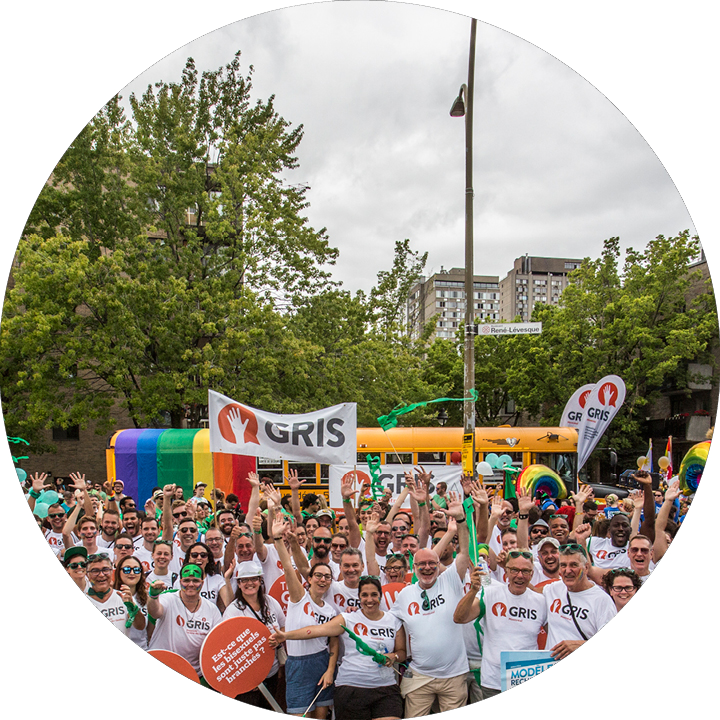 GRIS-Montréal is today the largest organization to demystify homosexuality and bisexuality in schools in Quebec.

The year-over-year increase in the number of interventions and the increasing need to train new workers demonstrate the success of the formula employed and the importance of the work done by the group. 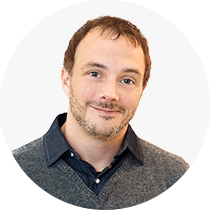 Comedian, author, and storyteller – Spokesperson since 2008

“ I notice that starting in primary school, homophobic and transphobic comments are common and become a form of bullying with serious consequences. That has to stop. ” 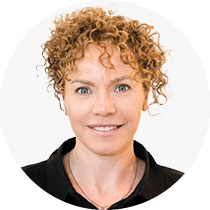 “ For a long time, I’ve dreamt of a school where everyone can develop, discover themselves and experiment freely, without facing contempt, insult and prejudices. By tackling homophobia and transphobia, GRIS-Montréal develops both tolerance and acceptance in the broader sense. It contributes to opening the hearts and minds of these future adults. I love that!!! ”

Organizing more than 1000 workshops each year, ensuring that volunteers get the necessary training to allow them to demystify the diversity of sexual orientations and gender identities, contributing to research on homophobia and transphobia in school settings, evaluating the impact of our demystification workshops, and developing new approaches in response to an increasingly varied target clientele are just some of the important responsibilities undertaken by the GRIS-Montréal team.

The membership committee’s goal is to support membership recruitment and retention. In order to better reflect the diversity in the classrooms that are visited, there is a particular focus on women, trans and non-binary people, and people from cultural communities.

GRIS-Montréal’s broad mission is to demystify the diversity of sexual orientations and gender identities in all spheres of society. The communications committee produces tools for external organizations, specifically the media. The committee also ensures that internal communications are efficient and effective, which is essential for the organization’s success.

The roots committee is charged with ensuring the diversity within the organization. It aims to accomplish this through structured reflections, providing training for volunteers and bringing together volunteers from diverse cultural backgrounds. The committee also aims to establish connections between GRIS and ethnocultural LGBTQ+ organizations in Montréal, and to ensure that the organization is sensible and understanding of the intersectional experiences of LGBTQ+ members of ethnocultural communities.

The training committee ensures the planning, the organization and the animation of the training activities of our volunteers.

The research committee is responsible for the analysis of data collected from pre- and post-intervention surveys completed by students (or other intervention participants) as well as for special research projects that address homophobia and transphobia. The committee maintains links between the organization and academic research communities.

The Gender Identity Committee works with the other GRIS-Montreal committees to help establish our gender identity demystification services. The committee also works to continually improve and maintain the quality of those services, in accordance with our organization’s values.

Since its creation in 1994, GRIS-Montreal has distinguished itself by the rigor of its method and the scope of its work. The organization has an excellent reputation in the fields of education, health and community action and has been rewarded more than once for its work in the demystification of homosexuality and of bisexuality among the population.

[for the Artists on the Move, Citizens in the making.]

[for the important contribution of Marie Houzeau, CEO of GRIS as a "member of a recognized professional order that has distinguished itself by the quality, creativity, longevity of its services within the LGBT community or by increases radiation. "]

[for our work and its impact on Quebec society]

[for our mission and contribution to the mental health of Quebeckers]

[for our ability to innovate and implement strategies to coach, support and promote volunteer engagement]

[for the quality of our services, which has attracted media attention to the LGBT community]

Tribute Award, 40 Years of the Charter of Human Rights and Freedoms

[for his book "Models wanted: homosexuality and bisexuality told otherwise"]

Volunteer Emeritus of the City of Montreal

Volunteer Emeritus of the City of Montreal